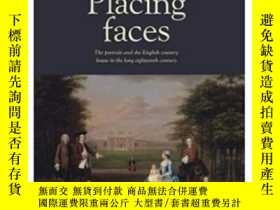 代購商品
English country houses are full of portraits of family members, Kings and Queens, politicians, military figures and other well-known characters. We find these portraits in serried ranks in long galleries, placed high above the bookshelves in libraries, prominently displayed over fireplaces and in private apartments. They range from full-length paintings in oil by renowned artists to intimate pastels by amateurs; from busts displayed within the house to monuments located in the grounds.
This collection of essays by scholars including Alison Yarrington, Gill Perry, Kate Retford, Harriet Guest, Emma Barker and Desmond Shawe-Taylor explores the rich but understudied relationship between English country houses and the portraits they contain. Moving between residences as diverse as Stowe, Althorp, the Vache, Chatsworth, Knole and Windsor Castle, it unpicks the significance of various spaces - the closet, the gallery, the library - and the ways in which portraiture interacted with those environments. It explores questions around gender, display and ownership, investigating narratives of family and kinship in portraits of women including Georgiana, Duchess of Devonshire, as well as issues of celebrity and scandal in the case of Giovanna Baccelli, mistress of the 3rd Duke of Dorset. The essays in the final section turn to the representation of great military figures, heroes such as Captain Cook and the Duke of Wellington, and examine the complex ties between families, their houses, and imperial conflict.
This book will be essential reading for all those interested in the long eighteenth century especially those studying portraiture, country houses and heritage, gender and imperialism