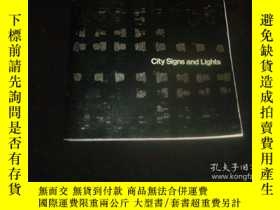 代購商品
本店書籍保證正品, 亦有其他品相的書籍，若沒有在列表中，可聯繫客服上架。書籍從國外郵寄回來，手續繁瑣，國外開始郵寄後，不支持退貨，小本生意，謝謝體諒！物流需要2-6周左右。
Prepared for the Boston Redevelopment Authority and the U.S. Department of Housing and Urban Development. In every city today there are so many signs demanding attention by day and so few lights illuminating the public ways and landmarks by night (or sometimes no proper sign at all and all too many conflicting lights) that motorists and pedestrians have trouble reading and seeing their native environment and strangers are hopelessly lost. The object of this book is to develop some specific ways to replace the present chaos of misleading, competing, inadequate public and private signs and lights with cohesive and humane sources of information that do not overload the senses and overwhelm the destination seeker. It turns out that, as a necessary byproduct of making the plan of the city more legible and visible, the city can also be made more attractive and pleasurable. The solutions that are presented here were developed to fit directly into the fabric of the city of Boston, but their application is universal. They are illustrated in numerous photographs, drawings, and diagrams, many of them in color. The text reviews policy proposals, demonstration projects, and field testing and evaluation. One of the policy proposals calls for the creation of a city department of public information with sufficient autonomy and authority to enforce its standards of street and sidewalk lighting, to effect a separation of public and private signing with priorities assigned to the most essential messages, to implement a system for private signs and lights and to establish a uniform language of traffic guidance and control signs and lights to replace the present babel of information sources put up by half a dozen government agencies. Many of the demonstration projects that were designed have already been effected in downtown Boston. Among these were a cluster of multimedia kiosks providing citywide information with which pedestrians could interact (talk back to); a new series of traffic signs, adapted from the British and Canadian systems, and installed at several serpentine intersections (if they work on Boston streets, they'll work anywhere); a prototype for landmark lighting applied to the Boston Public Library; and a light-and-sound show to enhance the amenity of a public park at night. Other projects developed but not yet "open to the public" include the color coding of street surfaces to delineate traffic flow, and the integration of shopping blocks by means of transparent canopies and "informative" overhead light shows, commercial and abstract. The book also proposes a model city code for the control of private signs and lights. The evaluation of the responses of people to these demonstrations and to preexisting features of the sign and light environment is presented in the main text and in the detailed appendixes. Man-in-the-street interviews, laboratory experiments, and formal questionnaires provided the raw material for these evaluations. The report shows that positive change is really possible. It covers proposals that have actually been put into effect in an American city or that could be effected at relatively low cost. As the book concludes, "Far more fundamental changes are needed than teh assertion of public control over environmental information systems; yet such a step may have great symbolic value beyond its immediate benefits." "About this title" may belong to another edition of this title.