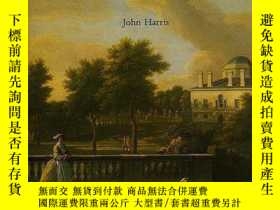 代購商品
本店書籍保證正品, 亦有其他品相的書籍，若沒有在列表中，可聯繫客服上架。書籍從國外郵寄回來，手續繁瑣，國外開始郵寄後，不支持退貨，小本生意，謝謝體諒！物流需要2-6周左右。
In 1726 Richard Boyle, 3rd Earl of Burlington, built an addition to his modest country house on the river Thames at Chiswick which became the touchstone of Neo-Palladian architecture; its architect became known as the 'Modern Vitruvius', the 'Apollo of the Arts'. Influenced by the architecture of Andrea Palladio and by British architects from Inigo Jones to James Gibbs and Colen Campbell, who followed in Palladio's footsteps, Lord Burlington raised a freestanding villa, an English response to Palladio's famous Villa Rotonda. The villa, with sumptuous interiors designed by Burlington and William Kent, was as distinguished as any designed by Palladio or Jones. This lavishly illustrated book focuses on the creation of this famous 'Villa by the Thames'. John Harris explores the evolution of the building's design; the book examines and reproduces paintings, watercolours, drawings (including those of Palladio and Inigo Jones owned by Lord Burlington), plans and elevations, and books and prints. It also charts the transformation of the grounds from seventeenth-century formality to eighteenth-century variety, reproducing rare garden studies by Kent, as well as numerous topographical views that record the transformation into an arcadian landscape. This book, which serves as the catalogue of an exhibition to be seen in Montreal, Pittsburgh and London, is richly illustrated with material still largely in the collection of Burlington's heirs, the Dukes of Devonshire, at Chatsworth. About the Author: John Harris is Curator Emeritus of the Drawings Collection of the Royal Institute of British Architects. "About this title" may belong to another edition of this title.