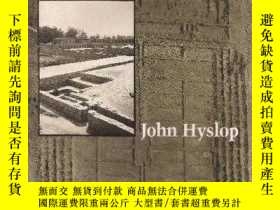 代購商品
本店書籍保證正品, 亦有其他品相的書籍，若沒有在列表中，可聯繫客服上架。書籍從國外郵寄回來，手續繁瑣，國外開始郵寄後，不支持退貨，小本生意，謝謝體諒！物流需要2-6周左右。
Before the Spanish conquest in the sixteenth century A.D., the Inka Empire stretched along the Pacific side of South America, all the way from Ecuador to northwest Argentina. Though today many Inka researchers focus on the imperial capital of Cuzco, Peru, and surrounding areas, ruins of Inka settlements abound throughout the vast territory of the former empire and offer many clues about how the empire was organized, managed, and defended. These outlying settlements, as well as those in the Cuzco area, form the basis for John Hyslop's detailed study Inka Settlement Planning. Using extensive aerial photography and detailed site maps, Hyslop studies the design of several dozen settlements spread throughout the empire. In addition to describing their architecture and physical infrastructure, he gives special emphasis to the symbolic aspects of each site's design. Hyslop speculates that the settlement plans incorporate much iconography expressive of Inka ideas about the state, the cosmos, and relationships to non-Inka peoples—iconography perhaps only partially related to the activities that took place within the sites. And he argues that Inka planning concepts applied not only to buildings but also to natural features (stone outcrops, water sources, and horizons) and specialized landscaping (terracing). Of interest to a wide readership in archaeology, architecture, urbanization, empire building, and Andean travel, Inka Settlement Planning charts one of Native America's greatest achievements. About the Author: John Hyslop was a research fellow at the Institute of Andean Research in New York City and author of a related study, The Inka Road System. "About this title" may belong to another edition of this title.