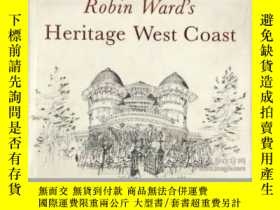 代購商品
本店書籍保證正品, 亦有其他品相的書籍，若沒有在列表中，可聯繫客服上架。書籍從國外郵寄回來，手續繁瑣，國外開始郵寄後，不支持退貨，小本生意，謝謝體諒！物流需要2-6周左右。
This second book by the Vancouver Sun columnist, author of the successful Robin Ward's Vancouver, offers 60 drawings of structures in Vancouver, Victoria, Seattle and points between. The Sun Yat Sen Gardens and Cathedral Place in downtown Vancouver, the Empress Hotel and Eaton Centre in Victoria, historic structures in Britannia Beach and Port Townsend - Ward brings to all of them his special eye for detail, his insatiable curiosity about social history and his love for the unique character of each town and city. His drawings are accompanied by spirited commentary on decisions we make about our heritage sites - from the innovative and responsible to the downright scandalous. About the Author: Robin Ward was born in Glasgow in 1950, studied graphic design at the Glasgow School of Art, drew and wrote about Victorian buildings for the Glasgow Herald, and published three books on the buildings of Glasgow and Edinburgh. After travelling throughout Europe and Canada, he and his wife settled in Vancouver. He soon became a well-known local, drawing and writing his enormously popular weekly column, "Robin Ward's Vancouver," for the Vancouver Sun and working as an artist, writer, photographer, book designer and architecture critic. Author and illustrator of the bestselling Robin Ward's Vancouver, Robin Ward's Heritage West Coast and Echoes of Empire: Victoria and Its Remarkable Buildings, and co-author and photographer of Exploring Vancouver, Ward has won two City of Vancouver Heritage Awards and a Heritage Canada Achievement Award. He is a favourite guest on local radio and television, speaking on architecture and heritage issues. "About this title" may belong to another edition of this title.