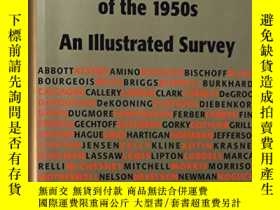 代購商品
本店書籍保證正品, 亦有其他品相的書籍，若沒有在列表中，可聯繫客服上架。書籍從國外郵寄回來，手續繁瑣，國外開始郵寄後，不支持退貨，小本生意，謝謝體諒！物流需要2-6周左右。
This survey a follow up to an earlier volume, New York School Abstract Expressionists Artists Choice by Artists, intends to present a wider view. By representing eighty eight painters and sculptors of the American avant-garde it intends to show the most engaged mainstream creative work between 1950 and 1959 in New York and across the USA. The artists were all born prior to 1927 (they were at least 24 years old by 1950) and are represented in alphabetical order with statements in their own words, two full page reproductions and a biography. About the Author: Marika Herskovic, Ph.D is a scientist by training. She received her MSc. and Ph.D from the Graduate School of Arts and Science of New York University, NYC. She produced 27 videos on the art and lives of the artists of the New York School. These videos, repeatedly shown on cable TV, were listed in Â«Art on Screen, A joint venture of the Metropolitan Museum of Art and the J. Paul Getty Trust.Â« She hosted numerous video taped artist seminars and spent the past two decades documenting the New York Painting and Sculpture Annuals, the participating artists and their art. She was the editor of the book titled: New York School Abstract Expressionists: Artists Choice by Artists, Published by New York School Press, 2000. Printed by Cantz in Germany. "About this title" may belong to another edition of this title.