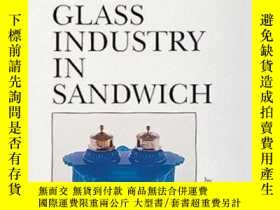 代購商品
本店書籍保證正品, 亦有其他品相的書籍，若沒有在列表中，可聯繫客服上架。書籍從國外郵寄回來，手續繁瑣，國外開始郵寄後，不支持退貨，小本生意，謝謝體諒！物流需要2-6周左右。
The Glass Industry in Sandwich is a five volume series of books presenting a factual account of glass produced by the glass companies that were located in Sandwich, Massachusetts, between 1825 and 1922. Included are color photos of over 2300 Sandwich glass objects that have been thoroughly researched and authenticated by Sandwich glass experts Raymond E. Barlow and Joan E. Kaiser, who have worked together for twenty-two years. Recognized by the antiques industry as the "Bible" in its field, this magnificent set of books has become a trusted reference used by glass curators of major museums as well as by early American glass collectors, antiques dealers and auctioneers. Each photo is accompanied by dimensions, approximate time of production, and captions that detail methods of manufacture and sources of documentation. Comparisons are made between objects manufactured in Sandwich glass houses and objects produced in foreign and other American factories. This final volume contains 283 color photos of a variety of objects, from very fine cut and engraved ware to household, commercial, and scientific necessities that came under the heading of "general assortment" when they were marketed in the 1800's. A supplement to Volumes One, Two, Three and Four features objects that were not available for study at the time the books were written. A roster of 1500 employees and their occupations is included as an aid to documentation. There are still bargains to be had for as little as $10 as illustrated by the little-known or previously undocumented pieces pictured in this volume. Extremely rare articles have increased in value to as much as $35,000. Authorities Raymond E. Barlow and Joan E. Kaiser present to you a compendium of glass identifiable and collectable as Sandwich glass. A price guide is available that lists prices for each piece in clear and assorted colors, and updates the prices listed in previously published Barlow-Kaiser price guides. About the Author: As a collector, Raymond E. Barlow has accumulated in excess of eight tons of fragments dug out from the actual site of the Boston and Sandwich Glass Company as well as other small glass companies in Sandwich, Massachusetts. Some of his private collection has been on display at: Sandwich Glass Museum, Sandwich, Massachusetts; Colony House Museum, Keene, New Hampshire; Christian Dorflinger Museum, White Mills, Pennsylvania; The Jones Museum of Glass & Ceramics, Sebago, Maine; and Wheaton Village, Millville, New Jersey. As a writer, Raymond E. Barlow for many years wrote a column for several antiques periodicals and newspapers. As an authority, he devoted forty years to informative, humorous lectures, speaking to antiques collectors and dealers throughout the country. Ray Barlow also appeared on television programs including PBS George Michael's Antiques and ABC Good Morning, America. With over thirty years of appraising for estates and at Appraisal Days for museums and antiques shows, and over fifty years as a collector, Raymond E. Barlow has established respect and acclaim as the leading authority and historian of the glass industry in Sandwich, Massachusetts. As a collector, Joan E. Kaiser has spent thirty-seven years collecting Early American Glass, primarily Sandwich. Some of her private collection has been on display at: Sandwich Glass Museum, Sandwich, Massachusetts; and The Jones Gallery of Glass & Ceramics, Sebago, Maine. As a writer, she has written for several major antiques periodicals and newspapers, and edits the Sandwich Glass Museum's annual journal The Acorn. As an authority, Joan E. Kaiser has devoted twenty-seven years as a dealer in Early American Glass, twenty years of appraisal work, and eight years as manager to organize and conduct antiques shows. She presents slide lectures at symposiums and glass club meetings, and shares her knowledge at major glass shows. For the last forty-three years, she has devoted much of her time to technical illustrating, and for the last twenty years has devoted full time as head of the research team in charge of this project. Her skill in this field is dramatically illustrated in the maps and drawings that are an intricate part of these volumes. "About this title" may belong to another edition of this title.