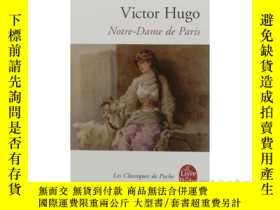 I gp f PfiCE. In presenting this volume to the publicj, the compiler desires to state that he has divided the airs into three classes: National, Pateiotic, and Typical.

The first embraces those airs, which, either by official decree or by the voice of the people, are known as the principal patriotic airs of their respective countries; the second comprises those which embody words of a patriotic character, or are used at times for patriotic purposes. Under Typical, he has placed those airs which are indigenous to the soil, or the people, and which have come to him as specimens of national music in the broad sense of the term.

It was the compilers intention to give a few examples of the best modem patriotic songs of our land, but he was compelled to abandon his project It is popularly supposed that this country is poor in patriotic songs, but instead of finding this to be the feet he discovered such a great number that no volume of ordinary size could contain them.

Many of them are excellent compositions and well fitted to serve the purpose of their creation. Quite a number of the airs came to the compiler without harmonic treatment of any de*ion; he has endeavored to supply that deficiency, but in no instance has he altered the melodic design of any of the airs. In a few instances the notation does not corresx)ond with that in vogue in A meiica; it has been deemed best not to change it The compiler desires to express his sincere thanks to the Honorable James G. Blaine, Secretary, the Honorable Wm. P. Wharton, jissistant Secretary, Dr. F. O. St Clair, Chief of Consular Bureau, Messrs. H. L. Thomas, J. T. Coughlin and M. M. Shand, all of the Department of State ;to Rear-A dmiral J. G. Walker and Lieutenant T. B. M. Mason of the Navy; to Mr. A. RS pofford, Librarian of Congress, Mr. David Hutchinson, the Assistant Librarian, and to all others who have contr