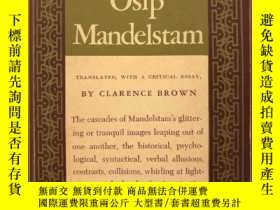 代購商品
Osip Mandelstam (1891 to 1938) was born and raised in St. Petersburg. Along with Anna Akhmatova and Nicholas Gumilev, Mandelstam formed the Acmeist group, which advocated an aesthetic of exact description and chiseled form, as suggested by the title of Mandelstam's first book, Stone (1913). He settled in Moscow in 1922, where his second collection of poems, Tristia, appeared. In 1934 Mandelstam was arrested and sent into exile. He wrote furiously during these years, and his wife, Nadezhda, and friends memorized his work in an effort to preserve it in case it was destroyed or lost. (Her memoirs, Hope Against Hope and Hope Abandoned, later helped to bring Mandelstam a worldwide audience.) He died on December 27, 1938, in the Gulag Archipelago.

Translated with a critical essay by Clarence Brown.