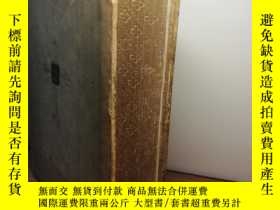 代購商品
The Book of Common Prayer and Administration of The Sacraments, And other Rites and Ceremonies of The Church
According to the Use of the United Church of England and Ireland. With Notes Illuminated: And Illustrated with Engravings from the Works of the Great Painters 。Published: London: John Murray, 1845
Physical Description: xl, 484p; initials, ornaments, borders; [8] leaves of illuminated chromolithograph plate; [4] leaves of plates (line drawings)
Notes: With coloured decorative borders, capitals printed in red or blue, and line-drawings on text pages throughout, all by Owen Jones.
內有幾幅插圖由歐文•瓊斯（Owen Jones）作畫——現代設計理論的先驅.有1848年簽名，Owen Jones (15 February 1809 – 19 April 1874) was an English-born Welsh architect. A versatile architect and designer, he was also one of the most influential design theorists of the nineteenth century. He helped pioneer modern colour theory, and his theories on flat patterning and ornament still resonate with contemporary designers today.

He rose to prominence with his studies of Islamic decoration at the Alhambra, and the associated publication of his drawings, which pioneered new standards in chromolithography. Jones was a pivotal figure in the formation of the South Kensington Museum (later to become the V&A) through his close association with Henry Cole, the museum's first director, and another key figure in 19th century design reform. Jones was also responsible for the interior decoration and layout of exhibits for the Great Exhibition building of 1851, and for its later incarnation at Sydenham. Jones advised on the foundation collections for the South Kensington museum, and formulated decorative arts principles which became teaching frameworks for the Government School of Design, then at Marlborough House. These design propositions also formed the basis for his seminal publication, The Grammar of Ornament, the global and historical design sourcebook for which Jones is perhaps best known today.

Jones passionately believed in the search for a modern style unique to the nineteenth century – one which was radically different to the prevailing aesthetics of Neo-Classicism and the Gothic Revival. He looked towards the Islamic world for much of this inspiration, using his carefully observed studies of Islamic decoration at the Alhambra to develop bold new theories on flat patterning, geometry and abstraction in ornament.