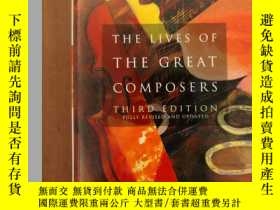 代購商品
In the new edition of this highly successful book, Harold Schonberg traces the consecutive line of composers from Monteverdi to the tonalists of the 1990s through a series of fascinating biographical chapters. Music is a continually evolving art, and there have been no geniuses, however great, who have not been influenced by their predecessors. The great composers are here presented as human beings who lived and related to the real world. All of the important figures - Bach, Handel, Mozart, Beethoven, Chopin, Verdi, Wagner, Mahler, and many others - are included, their lives woven into a fabric rich in detail and anecdote. For this new edition, Schonberg has extended the book's coverage with informative and astute descriptions of later composers. What has not been changed is the character of the book, which remains an object of delight to all music lovers.

Harold C Schonberg (1915 to 2003) was born and raised in New York City. He served on the staff of the NEW YORK TIMES for nearly thirty years and was senior music critic from 1960 until 1980. He was awarded the Pulitzer Prize for Criticism in 1971, the first in the field of music to receive this honour.