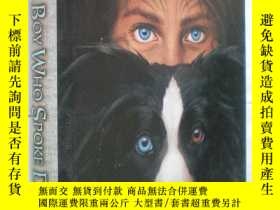 內容簡介；
Jack, a storm-snatched cabin boy, washes up on a mysterious island. He finds sheep, sheep dogs, and wild dogs called fangos, but strangely, no people. Jack struggles to survive, to understand the dogs, and to befriend a little Border collie named Moxie. She and the other sheep dogs are mystified by the skinny boy, who does not fit their myths about people. During a final battle between the fangos and the sheep dogs, Jack finds he can communicate with the dogs, a discovery that deepens his friendship with Moxie and validates his life on the island. But the crew from Jack's ship returns to rescue him-now that Jack does not want to be rescued.

This middle-grade novel, told from Moxie's and Jack's alternating points of view, reads like a classic adventure story-vivid, swiftly paced, and woven with the timeless themes of a boy's self-reliance and the intense loyalty of dogs.

名人推薦
From Booklist
Gr. 5-8. When his ship wrecks, Jack, a nineteenth-century cabin boy, finds himself stranded on a remote island near New Zealand. Once inhabited by farmers, the island now has only sheep and sheep dogs, left behind after the people abandoned their homes. When Jack arrives, the dogs have split into two groups: one that loyally cares for the sheep and another that attacks them. The story, told in alternating viewpoints shifts between Jack's perspective and that of Moxie, a young dog. As Jack negotiates the two canine groups and learns to survive in his new world, he achieves a bond so deep that he can communicate with the dogs. Morgan delivers an unusual, engrossing novel, using vivid language to project the reader into the sounds and smells of the animal world as he examines the ancient bonds between humans and dogs. Todd Morning
Copyright © American Library Association. All rights reserved

From School Library Journal
Grade 5-8-After being cast overboard during a storm, a young cabin boy is washed ashore on an island inhabited by two packs of dogs. One group protects the sheep that were left behind by now-departed settlers, while the other, the wild fangos, hunts the herd. Soon after his arrival, Jack has a suspenseful life-and-death encounter with the fangos and is rescued by the sheep dogs. They lead him to the ruins of a farm, where he is able to find the necessities of survival. Lonely, he tries to reach out to the canines, but they keep their distance. Soon Moxie, a little Border collie, befriends the boy, and before long, the two form a bond. The events are related from alternating viewpoints. During Jack's scenes, the plot moves more quickly, while Moxie's chapters are more thoughtful, as she listens to her leader, a blind old English sheepdog who guides her to an understanding of the pack's history and the connection between humans and dogs. In many ways, this story is really Moxie's, as the themes of companionship and communication develop through her thought processes and her budding relationship with Jack. More than just an exciting adventure tale, this novel is an exploration of the hidden link between people and animals. Get out your Kleenex; the ending is no fairy-tale wrap-up.
James K. Irwin, Poplar Creek Main Library, Steamwood, IL
Copyright © Reed Business Information, a division of Reed Elsevier Inc. All rights reserved.

作者簡介
Clay Morgan is the author of the adult book Santiago and the Drinking Party. Mr. Morgan lives with his wife, Barbara, an astronaut and teacher, and their two sons.