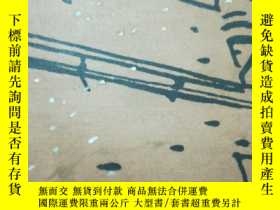 代購商品
(May 28 1873 – July 17, 1961), was a Russian/Soviet novelist, dramatist, memoirist, and scenarist.
Forsh was born in the fortress at Gunib, in Dagestan, the daughter of a major general in the Russian Imperial Army. Olga was interested in the fashionable ideas of the time, including Tolstoyanism, Theosophy and Buddhism, but was increasingly drawn to Socialism. After the Russian Revolution of 1917 Olga and her husband became active supporters of the Bolsheviks. She devoted several novels to the history of revolutionary thought and the revolutionary movement in Russia. Among them are Palace and Prison (1924–25, also made into a film script), about the revolutionary Mikhail Stepanovich Beideman, The Fervid Workshop (1926), about the Revolution of 1905–07, and Pioneers of Freedom (1950–53), which deals with the Decembrists. She also wrote the three-part biographical novel Radishchev, which comprises the books Jacobin Leaven (1932), The Landlady of Kazan (1934–35), and The Pernicious Book (1939). Her experimental play The Substitute Lecturer was published in 1930.