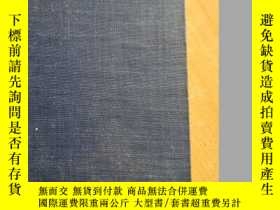 代購商品
Charles Walter Stansby Williams (20 September 1886 – 15 May 1945) was a British poet, novelist, playwright, theologian, literary critic, and member of the Inklings.No longer in college, Williams began work in 1904 in a Methodist bookroom. He was hired by the Oxford University Press (OUP) as a proofreading assistant in 1908 and quickly climbed to the position of editor. He continued to work at the OUP in various positions of increasing responsibility until his death in 1945. One of his greatest editorial achievements was the publication of the first major English-language edition of the works of Søren Kierkegaard.[5]

Although chiefly remembered as a novelist, Williams also published poetry, works of literary criticism, theology, drama, history, biography, and a voluminous number of book reviews. Some of his best known novels are War in Heaven (1930), Descent into Hell (1937), and All Hallows' Eve (1945).[6] T. S. Eliot, who wrote an introduction for the last of these, described Williams's novels as "supernatural thrillers" because they explore the sacramental intersection of the physical with the spiritual while also examining the ways in which power, even spiritual power, can corrupt as well as sanctify. All of Williams's fantasies, unlike those of J. R. R. Tolkien and most of those of C. S. Lewis, are set in the contemporary world. Williams has been described by Colin Manlove as one of the three main writers of "Christian fantasy" in the twentieth century (the other two being C.S. Lewis and T. F. Powys).[7] More recent writers of fantasy novels with contemporary settings, notably Tim Powers, cite Williams as a model and inspiration. W. H. Auden, one of Williams's greatest admirers, reportedly re-read Williams's extraordinary and highly unconventional history of the church, The Descent of the Dove (1939), every year. Williams's study of Dante entitled The Figure of Beatrice (1944) was very highly regarded at its time of publication and continues to be consulted by Dante scholars today. His work inspired Dorothy L. Sayers to undertake her translation of The Divine Comedy. Williams, however, regarded his most important work to be his extremely dense and complex Arthurian poetry, of which two books were published, Taliessin through Logres (1938) and The Region of the Summer Stars (1944), and more remained unfinished at his death. Some of Williams' essays were collected and published posthumously in Image of the City and Other Essays (1958), edited by Anne Ridler.

Williams gathered many followers and disciples during his lifetime. He was, for a period, a member of the Salvator Mundi Temple of the Fellowship of the Rosy Cross. He met fellow Anglican Evelyn Underhill (who was affiliated with a similar group, the Order of the Golden Dawn) in 1937 and was later to write the introduction to her published Letters in 1943.[8]

When World War II broke out in 1939, Oxford University Press moved its offices from London to Oxford. Williams was reluctant to leave his beloved city, and Florence refused to go. From the nearly 700 letters he wrote his wife during the war years a generous selection has been published; "primarily… love letters," the editor calls them.[9] But the move to Oxford did allow him to participate regularly in Lewis’s literary society known as the Inklings. In this setting Williams was able to read (and improve) his final published novel, All Hallows' Eve, as well as to hear J. R. R. Tolkien read aloud to the group some of his early drafts of The Lord of the Rings. In addition to meeting in Lewis's rooms at Oxford, they also regularly met at The Eagle and Child pub in Oxford (better known by its nickname "The Bird and Baby"). During this time Williams also gave lectures at Oxford on John Milton, William Wordsworth, and other authors, and received an honorary M.A. degree. Williams is buried in Holywell Cemetery in Oxford: his headstone bears the word "poet", followed by the words "Under the Mercy", a phrase often used by Williams himself