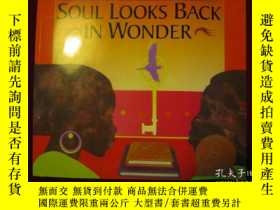 In this compelling collection of words and pictures, the voices of thirteen major poets, including Maya Angelou, Langston Hughes, and Walter Dean Myers, rise in response to the dazzling vistas and emotionally vivid portraits of award winning artist Tom Feelings. A unique and moving collaboration that celebrates the sustaining spirit of African creativity.

作者簡介
Tom Feelings (1933 to 2003) was a cartoonist, children's book illustrator, author, teacher, and activist. Through his works, he framed the African American experience. His most famous book is The Middle Passage: White Ships/Black Cargo.

Mr. Feelings taught art at the University of South Carolina. It was during that time he published perhaps his best known work, The Middle Passage, which won the 1996 Coretta Scott King Award. Mr. Feelings was working on finishing his last picture book, I Saw Your Face, a collaboration with the poet Kwame Dawes, not long before his death in 2003.