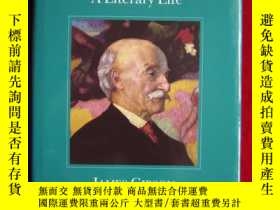 代購商品
本書原定價140.00美 ，淨重430克，館藏自然舊。【圖書分類：英國文學人物傳記】Thomas Hardy in the Literary Lives series relates Hardy's life to his career as a writer, giving particular attention to his determination as a young man to make literature his career, his methodical preparation during the first thirty years of his life for that career, the writing of his fourteen published novels and the fame they brought him, and then, the culmination of his life as writer, his emergence in his remaining thirty years as one of the very greatest of English poets and the writer of The Dynasts.

Review：
'Gibson is the magister ludi of Hardy studies...Gibson brings to Hardy's life the weight of his own history, expertise and variegated Hardy knowledge. The book is continually alive with interest, matured judgement and sheer delight in a novelist and poet whom Gibson dearly loves.' - Dennis Taylor, The Thomas Hardy Journal

'What makes the reading of Gibson's book even more arresting is the author's sure grasp of the artist's multi-layered universe. He is the authoritative guide confidently leading the reader along the many literary and biographical pathways that converge and separate along the vast panorama of a life fully lived.' - Francesco Marroni, Rivista di Studi Vittoriani

'...this, of all the biographries, is the one to recommend to students, this being our Literary Life.' - Professor Michael Irwin, Oxford Reader's Companion to Thomas Hardy

From the Back Cover：
Thomas Hardy is today recognised as second only to Shakespeare in the greatness of his achievement. Writer of fourteen published novels, two or three of them among the greatest in our language, of that remarkable Napoleonic epic, The Dynasts, of nearly eight books of verse containing some of the finest and most anthologised of all English poems, and a host of short stories, Hardy is a fascinating literary personality. James Gibson traces his life from his birth in a humble cottage in Dorset to his death and burial in Poets' Corner in Westminster Abbey. We see Hardy in the first thirty years of his life determined to become a great writer and earnestly preparing himself for that career. For most of the next thirty years he wrote novels which slowly brought him fame and wealth, and then, returning to his first love, poetry, he achieved a similar success as a poet. He is shown to be a highly professional writer who drew largely upon his own personal experience and took great pride in his calling.