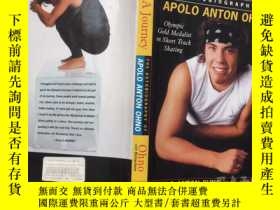 代購商品
I honestly don't know what battles I'm going to face next, only that I have the spirit and the will to face anything and fight for my sport and for what I believe is right. I'll give 110 percent and still dig down deeper for more.
Apolo Anton Ohno won both a gold and a silver medal at the 2002 Olympic Games and became an instant hero. But his Olympic victory represents just one moment of his incredible, and continuing journey.

From an early age, his father, Yuki, recognized Apolo's natural abilities and made it his mission to help his son live up to his potential. But getting Apolo to follow through on his opportunities wasn't always easy. Like many kids, Apolo struggled to balance his energetic and fiercely competitive nature with his desire for independence and freedom.

And even as he succeeded on the ice, he felt the loneliness that comes with being at the top. Amid the pain, the fear, the uncertainty, Apolo asked himself again and again, Why am I doing this? And the answer came to him: He truly loved to skate. So with laser-sharp focus he pursued his number-one goal: to become a great athlete.

From his personal struggles to his unwavering commitment and ambition, Apolo Anton Ohno is a true example of courage. He has battled his personal demons, toppled physical barriers, and clawed his way to the top -- but even now he does not rest. Always, he looks within himself to hear his strongest critic, to face his fiercest competitor. And always, he continues to strive to be the best -- not just for his team, not just for his country -- but also for himself. And that is what makes Apolo Anton Ohno a true champion. This is his story.

"synopsis" may belong to another edition of this title.