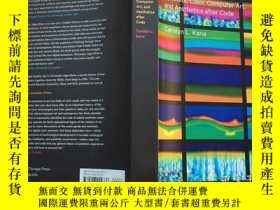 代購商品
These days, we take for granted that our computer screens--and even our phones--will show us images in vibrant full color. Digital color is a fundamental part of how we use our devices, but we never give a thought to how it is produced or how it came about.
Chromatic Algorithms reveals the fascinating history behind digital color, tracing it from the work of a few brilliant computer scientists and experimentally minded artists in the late 1960s and early '70s through to its appearance in commercial software in the early 1990s. Mixing philosophy of technology, aesthetics, and media analysis, Carolyn Kane shows how revolutionary the earliest computer-generated colors were--built with the massive postwar number-crunching machines, these first examples of "computer art" were so fantastic that artists and computer scientists regarded them as psychedelic, even revolutionary, harbingers of a better future for humans and machines. But, Kane shows, the explosive growth of personal computing and its accompanying need for off-the-shelf software led to standardization and the gradual closing of the experimental field in which computer artists had thrived.
Even so, the gap between the bright, bold presence of color onscreen and the increasing abstraction of its underlying code continues to lure artists and designers from a wide range of fields, and Kane draws on their work to pose fascinating questions about the relationships among art, code, science, and media in the twenty-first century.