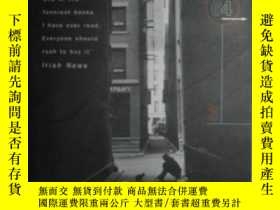 代購商品
Editorial ReviewsAmazon.com ReviewSlapped with a libel suit after an appearance on a talk show, Malachy McCourt crows, If they could only see me now in the slums of Limerick, a big shot, sued for a million. Bejesus, isn\'t America a great and wonderful country? His older brother Frank\'s Pulitzer Prize-winning memoir, Angela\'s Ashes, took its somber tone from the bleak atmosphere of those slums, while Malachy\'s boisterous recollections are fueled by his zestful appreciation for the opportunities and oddities of his native land. He and Frank were born in Brooklyn, moved with their parents to Ireland as children, then returned to the States as adults. This book covers the decade 1952-63, when Malachy roistered across the U.S., Europe, and Asia, but spent most of his time in New York City. There his ready wit and quick tongue won him an acting job with the Irish Players, a semiregular stint on the Tonight show hosted by Jack Paar, and friendships with some well-heeled, well-born types who shared his fondness for saloon life and bankrolled him in an East Side saloon that may have been the first singles bar. He chronicles those events--and many others--with back-slapping bonhomie. Although McCourt acknowledges the personal demons that pursued him from his poverty-stricken childhood and destroyed his first marriage, this is on the whole an exuberant autobiography that pays tribute to the joys of a freewheeling life. --This text refers to the Hardcover edition. From Library JournalTaking up where brother Frank left off, McCourt recounts his early days in New York. The title comes from McCourt\'s youthful misunderstanding of the phrase amongst women in the Hail Mary.Copyright 1998 Reed Business Information, Inc. --This text refers to the Hardcover edition. http://www.amazon.com/Monk-Swimming-Memoir-Malachy-McCourt/dp/0786884142