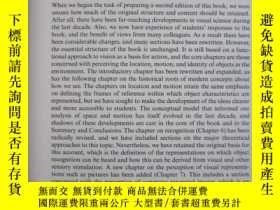 代購商品
本書原定價42.50美 ，淨重540克。[圖書分類：心理過程與心理狀態之感覺與知覺]Vision is our most dominant sense, from which we derive most of our information about the world. From the light that enters the eye and the processing in the brain that follows we can sense where things are, how they move and what they are. The first edition of Visual Perception took a refreshingly different approach to perception, starting from the function that vision serves for an active observer in a three-dimensional environment. This fully revised and expanded new edition continues this approach in contrast to the traditional textbook treatment of vision as a catalogue of phenomena. Following a general introduction to the main theoretical approaches, the authors discuss the historical basis of our current knowledge. Placing the study of vision in its historical context, they look at how our ideas have been shaped by art, optics, biology and philosophy as well as psychology. Visual optics and the neurophysiology of vision are also described. The core of the book covers the perception of location, motion and object recognition. There is a new chapter on representation and vision, including a section on the perception of computer generated images. This readable, accessible and truly relevant introduction to the world of perception aims to elicit both independent thought and further study. It will be welcomed by students of visual perception and those with a general interest in the mysteries of vision. Understanding Visual Perception. Functions of Visual Perception. Models of Visual Perception. Measuring Visual Perception. Visual Perception and the Physical Environment. Development of Perception. When Vision Goes Wrong. The Heritage. Optics. Art and Representation. Life Sciences. Philosophy. Psychology. Light and the Eye. Visual Optics. Visual Neurophysiology. Location. Frames of Reference. Visual Direction. Visual Distance. Navigation. Motion. Sources of Motion Stimulation. Motion Phenomena. Retinocentric Motion. Egocentric Motion. Geocentric Motion. Recognition. Perceiving Object Properties. Perceptual Constancies. Recognising Objects. Representations and Vision. Pictures and Objects. Computer Generated Displays. Summary and Conclusions. \'... some students who find the more traditional approach dry, boring and without anything that captured their attention will see this book as a life-line and in fact it could be the very thing that turns them back onto the topic of visual perception.\' - lain D. Gilchrist, University of Bristol; \'This book is not simply yet another one in the long series of introductory books on visual perception. The authors share their knowledge of the historic roots of current work in the area. Wade and Swanstons\'s enthusiasm for \'vision as an endlessly fascinating object of study\' permeates all the pages of their book.\' - Johan Wagemans, University of Leuven, Belgium