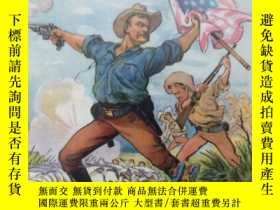 代購商品
For a man who grew up to become the “Bull Moose”, Theodore Roosevelt was a sickly child, suffering from asthma and other maladies. But his physical weakness actually drove him to be more active, which also fostered an interest in nature. It also helped that Teddy’s family was wealthy, allowing him privileges including home school and the ability to attend Harvard, where he was an athlete and took an interest in naval affairs. After finishing at Harvard, Teddy entered politics, but it didn’t stop him from writing The Naval War of 1812 in 1882, establishing himself as a professional writer and historian. In the 1890s, it was Teddy’s turn to make history, leading the Rough Riders during the Spanish-American War and being decorated for his service with a Medal of Honor. He parlayed his glory into the governorship of New York and then the Vice Presidency under William McKinley. When McKinley was assassinated in 1901, young Teddy was thrust into the presidency, one that would earn him a place on Mount Rushmore, Roosevelt’s “Square Deal” domestic policies favored average citizens while busting trusts and monopolies. Roosevelt also promoted conservation as an environmental stance, while his “speak softly and carry a big stick” foreign policy is still an oft used phrase today. Roosevelt even earned a Nobel Prize during his presidency. By the time Roosevelt died in 1919, he was an American icon. Today, Teddy is remembered for being an explorer, hunter, author, soldier, president, and safari adventurer, all of which combine into one unique reputation.