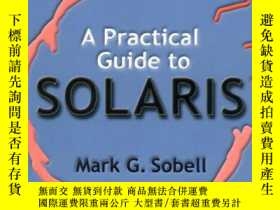 代購商品
It quickly becomes apparent that Mark G. Sobell, author of A Practical Guide to Solaris, knows that of which he speaks. The "that" in this case, is Solaris, Sun Microsystems's venerable and well-respected operating system, which now runs on both Intel and Sun hardware. As implied in the title, this book is designed to be used actively. In fact, in the opening pages, Sobell recommends that the reader be seated in front of a computer before going any further.

A broad range of topics, from creating passwords and working with files to shell programs, are covered in this thick volume. However, each one is given the same highly effective treatment of illustrative screen shots and commands, which should prevent readers from getting too lost in the OS. There are also warnings and tips about specific functions and utilities, such as the which and whereis that are used to help located commands and files, throughout the chapters.

For greater detail on specific utilities, the book includes a massive section devoted exclusively to the utilities within Solaris. A master list groups them by function, and subsequent discrete sections outline their purpose, the commands needed to use them, and notes on potential pitfalls. Though some may argue that it is impossible to make Unix variants approachable, this text comes about as close as is possible. --Sarah L. Roberts-Witt