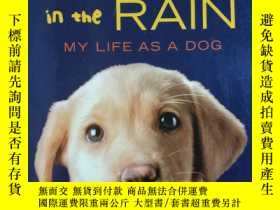 代購商品
作者簡介：
Garth Stein is the author of four novels: the New York Times bestselling gothic/historical/coming-of-age/ghost story, "A Sudden Light"; the internationally bestselling "The Art of Racing in the Rain"; the PNBA Book Award winner, "How Evan Broke His Head and Other Secrets"; and the magically realistic "Raven Stole the Moon." He is also the author of the stage play "Brother Jones." He has a dog, he's raced a few cars, climbed a bunch of really tall trees, made a few documentary films, and he lives in Seattle with his family. He's co-founder of Seattle7Writers.org, a non-profit collective of 74 Northwest authors working together to energize the reading and writing public.
內容簡介：
Have you ever wondered what your dog is thinking?In Garth Stein's special adaptation for young people of his acclaimed New York Times bestselling adult novel The Art of Racing in the Rain, readers will meet one funny dog: Enzo, the lovable mutt who tells this story.Enzo knows he is different from other dogs.
Most dogs love to chase cars, but Enzo longs to race them.He learns about racing and the world around him by watching TV and by listening to the words of his best friend, Denny, an up-and-coming race car driver, and Denny's daughter, Zoe, his constant companion.
Enzo finds that life is just like being on the racetrack-it isn't simply about going fast.Applying the rules of racing to his world, Enzo takes on his family's challenges and emerges a hero.
In the end, Enzo holds in his heart the dream that Denny will go on to be a racing champion with his daughter by his side.For theirs is an extraordinary friendship-one that reminds us all to celebrate the triumph of the human (and canine) spirit.