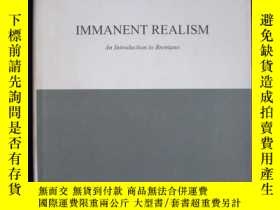 代購商品
本書原定價269.00美 ，淨重970克，館藏。【圖書分類：德國十九世紀後期哲學】In many respects, Brentano conducted pioneering analyses of problems that are currently in the focus of cognitive science and artificial intelligence: from the problem of reference to that of representation, from the problem of categorial classification to ontology and the cognitive analysis of natural language.

Brentano, in fact, dealt with and wrote on questions concerning the auditory stream (temporal apprehension), visual perception (continua, point of view, three-dimensional construction of phenomenal objects), intentionality, imagery, and conceptual space, considering these pertaining to a metaphysical enquiry. Moreover, Brentano displayed clear awareness of the complexity of problems and of the interrelations among different areas of inquiry. From this point of view, his theory, however complex, offers elements for the treatment of problems currently under investigation.

Brentano's work is an antidote against physicalism and logicism, which dominated the 20th century epistemology, and as such appears to be a good philosophy candidate for cognitive science."A set of knotty questions are implied in the very title of Brentano's work "Psychology from an empirical standpoint". To solve them, Albertazzi guides us systematically through Brentano's life and works, investigating into the inherent complexity of both his view of mental life and the related methodology. In so doing, she discloses a number of threads into the open texture of modern philosophy of mind."

Contents：
A life, a novel.- Brentano and Aristotle.- Psychology from an empirical standpoint.- Metaphysics and the science of the soul.- A woodworm in the intentional relation.- Ficciones.- Continua.- Reverse Aristotelianism: The metaphysics of accidents.- Other writings: Ethics, aesthetics and history of philosophy.- A history of Brentano criticism.- A wager on the future.

Review：
"Liliana Albertazzi's recent book presents Brentano's life and work in an unmatched synthesis of clarity and richness. [...] The book is fascinating because of its content, pleasurable because of its style, and unique in its cross-combination of historical and theoretical perspectives. [...] There are books that must be read and books that are a pleasure to read. This book is both."

"I can vouch unequivocally for the rich conceptual rewards that await those with some background and interest in foundational issues concerning perception, language and philosophy of mind. The book should be essential reading for philosophers seeking a presentation of Brentano's work in English that does not come through the lens of analytic or continental philosophy."

"Albertazzi's analysis of Brentano's work and the development of his thoughts is based on a thorough study of his work and on her extensive knowledge of the 19th century German scholars and philosophers in general. She gives many new and interesting insights in Brentano's thoughts and the book is worth the mental effort it demands."

About the Author：
Liliana Albertazzi is Associate Professor in the Faculty of Cognitive Science at Trento University, Italy.