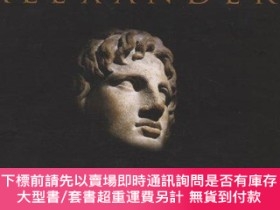 Description No individual has made his mark on the world more profoundly than Alexander the Great, the young man who, through war, diplomacy, and Machiavellian means, expanded his empire to include most of the known world--all before he died at age thirty-three. A remarkable man whose path crossed with some of the most influential people, places, and events of all time, Alexander began his combat training at age seven, studied philosophy with Aristotle at age thirteen, kept a copy of Homer's Iliad under his pillow until his death, and introduced Greek and oriental cultural influences throughout his vast empire. Alexander: The Conqueror follows the progression of his conquests through the Near East and Central Asia to the Indus Valley, and introduces Alexander's family, the personalities of his generals, and the cultures of the lands he conquered. Author Laura Foreman examines the complex character of Alexander as student, friend, lover, military genius, and emperor, and explores the many unsolved mysteries surrounding his life: Who did Alexander turn to in passion and for comfort? Was Alexander a careful, amiable mastermind or a drunken brute? Could Alexander have been responsible for his father's murder?Gorgeous landscape photography, numerous images of ancient art and artifacts, and informative, beautifully crafted maps complement the narrative, offering a visual feast along with a lively, insightful narrative of Alexander's life of conquest and intrigue.